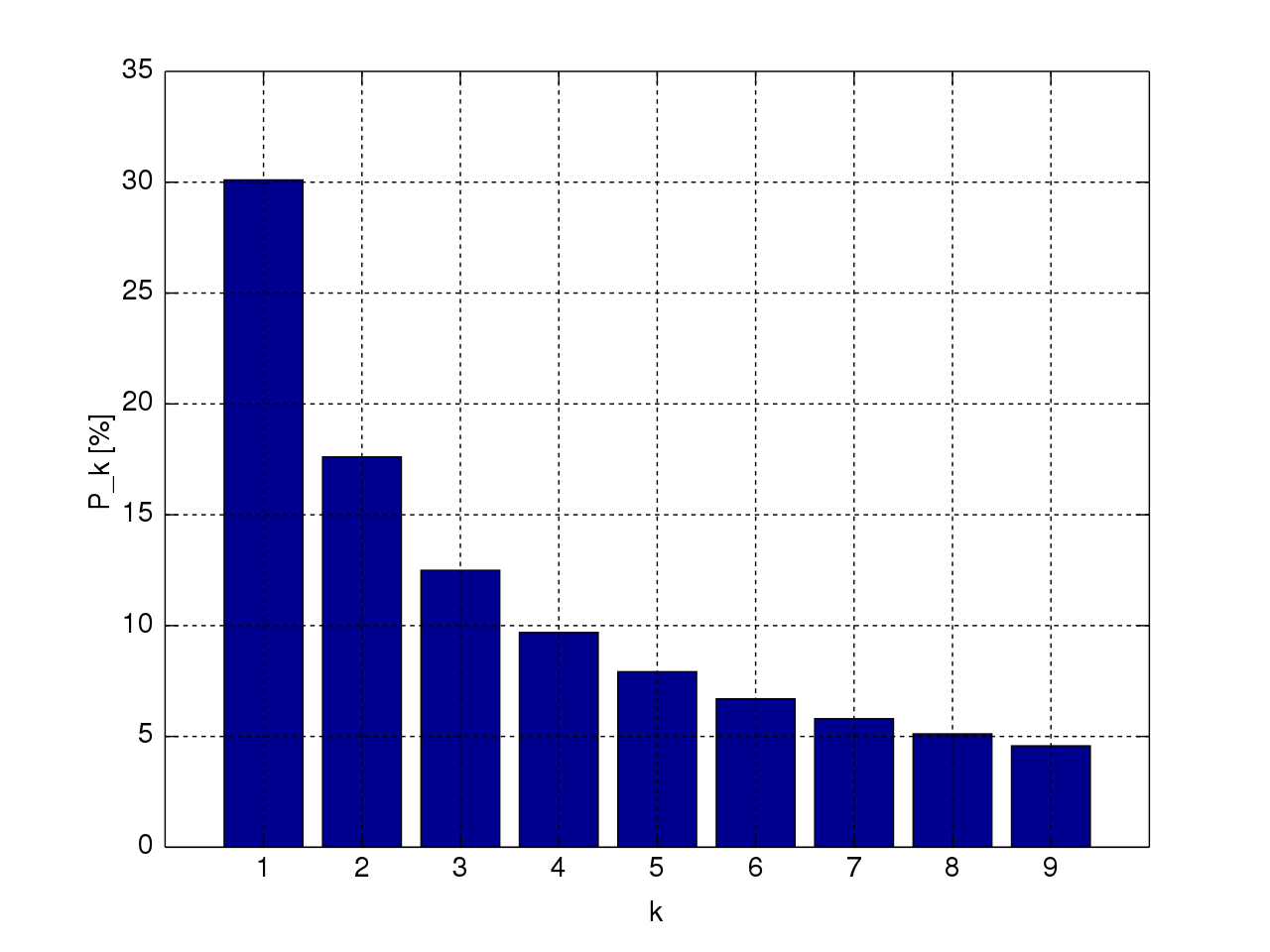 In 1972, Hal Varian suggested that the law could be used to detect possible fraud in lists of socio-economic data submitted in support of public planning decisions. Based on the plausible assumption that people who fabricate figures tend to distribute their digits fairly uniformly, a simple comparison of first-digit frequency distribution from the data with the expected distribution according to Benford’s law ought to show up any anomalous results.[32]

In the United States, evidence based on Benford’s law has been admitted in criminal cases at the federal, state, and local levels.[33]

Walter Mebane, a political scientist and statistician at the University of Michigan, was the first to apply the second-digit Benford’s law-test (2BL-test) in election forensics.[34] Such analyses are considered a simple, though not foolproof, method of identifying irregularities in election results and helping to detect electoral fraud.[35] A 2011 study by the political scientists Joseph Deckert, Mikhail Myagkov, and Peter C. Ordeshook argued that Benford’s law is problematic and misleading as a statistical indicator of election fraud.[36] Their method was criticized by Mebane in a response, though he agreed that there are many caveats to the application of Benford’s law to election data.[37]

Benford’s law has been used as evidence of fraud in the 2009 Iranian elections.[38] An analysis by Mebane found that the second digits in vote counts for President Mahmoud Ahmadinejad, the winner of the election, tended to differ significantly from the expectations of Benford’s law, and that the ballot boxes with very few invalid ballots had a greater influence on the results, suggesting widespread ballot stuffing.[39] Another study used bootstrap simulations to find that the candidate Mehdi Karroubi received almost twice as many vote counts beginning with the digit 7 as would be expected according to Benford’s law,[40] while an analysis from the University of Columbia concluded that the probability that a fair election would produce both too few non-adjacent digits and the suspicious deviations in last-digit frequencies as found in the 2009 Iranian presidential election is less than 0.5 per cent.[41] Benford’s law has also been applied for forensic auditing and fraud detection on data from the 2003 California gubernatorial election,[42] the 2000 and 2004 United States presidential elections,[43] and the 2009 German federal election;[44] the Benford’s Law Test was found to be “worth taking seriously as a statistical test for fraud,” although “is not sensitive to distortions we know significantly affected many votes.”[43][further explanation needed]

Amid allegations of electoral fraud in the 2016 Russian elections, an article co-written by Kirill Kalinin and Mebane in The Washington Post observed that the mean of the second digit of the number of voters in each of the country’s 96,869 electoral precincts, to four significant figures, was equal to the expected mean (4.187) per Benford’s law. On the basis of other indicators of electoral fraud, Kalinin and Mebane suggest that these “perfect” statistics show that those responsible had deliberately rigged the votes to conform to the expectations of Benford’s law.[45]