by Arlo Crawford May 29, 2020
Running is often approached as a game of numbers: a point A and a point B quantify the run, the number of miles between those points define the challenge, and the number of minutes elapsed dictates success. The numbers can just as easily be applied to horses and cars; it’s a cold, bloodless process of determining winners and losers.
But maybe there’s another way of thinking about running—a groovier, more enlightened, emotional mindset. What if we embraced running as a vision quest rather than a battle, considered it in terms of self-acceptance instead of competition? Could the enlightened runner transcend space and time? What if running was all about love? 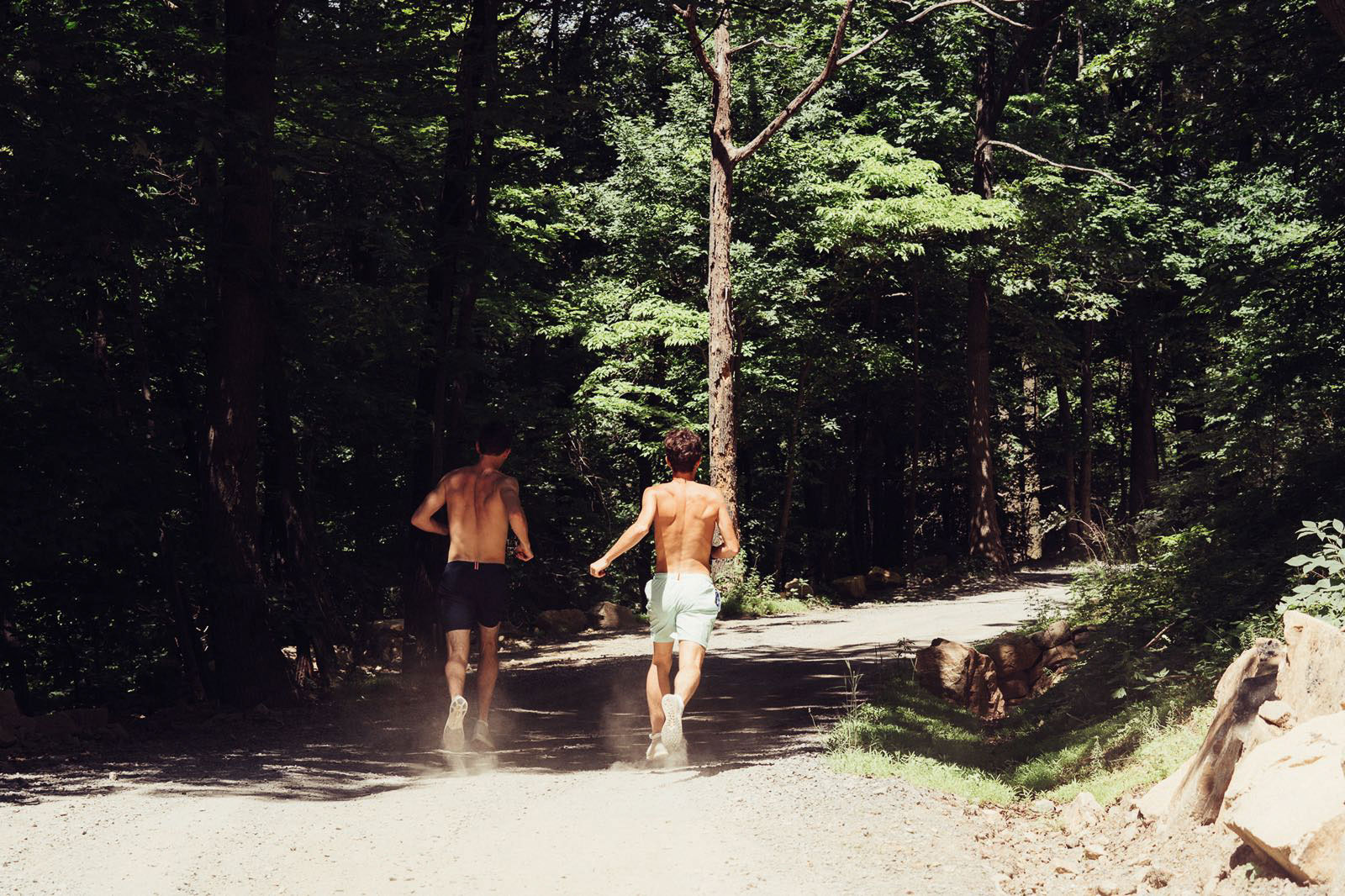 “But maybe there’s another way of thinking about running—a groovier, more enlightened, emotional mindset.”
When the team at Tracksmith, a running apparel company rooted in the New England tradition and located in Massachusetts, reached out about collaborating on an article, I was skeptical. Tracksmith is a special group of runners, dedicated to honoring the amateur spirit and home to runners like Mary Cain, the youngest American athlete ever to represent the United States at a World Championships meet, and Nicholas Willis, New Zealand’s only only two-time Olympic medalist in the 1500 meters.
These guys were the real deal. I, on the other hand, was decidedly not; I dreaded the idea of becoming a “better” runner and I saw punishment ahead. I’m a writer, a profession famous for procrastinating, making stuff up, and drinking too much, all qualities that would seem to work against me.
But we were going to flip the script. The idea was simple: the team at Tracksmith would help me fall in love with the sport. I’d structure it with three runs, the first at Kezar Stadium in Golden Gate Park, then running over the Golden Gate Bridge as I felt stronger, and finishing with the Dipsea, one of the most iconic trail runs in the world, winding through redwoods and high meadows, with views of the city and the wide Pacific beyond.
https://huckberry.com/journal/posts/reluctant-runner