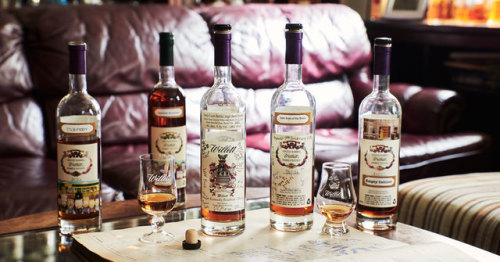 (via Willett Is for Diehards | PUNCH)

Had I bothered to walk just two miles from my apartment to LeNell’s, a local liquor store, I could have scored what is perhaps the biggest “unicorn” in American whiskey today.

Known as Red Hook Rye, the 23-year-old bottling quietly arrived in New York in 2006, and was priced at just $75 a bottle. Four different batches hit the shelves over the course of several years and were slowly bought up, typically only on the recommendation of LeNell’s owner, LeNell Camacho Santa Ana. In fact, when the store was forced to close in 2009, there were still bottles of batch no. 4 on the shelf.

Today, it’s considered perhaps the best rye whiskey ever released and sells for upwards of $30,000 on the secondary market. It’s also the most sought-after expression of Willett, the only modern brand that manages to transcend Pappy van Winkle amongst the cognoscenti, who furiously buy, sell and trade it via online forums.

Unlike, say, Van Winkle or Buffalo Trace’s Antique Collection, Willett is not a name that neophyte whiskey drinkers even know they should know. Even if they did, Willett’s output is virtually impossible to parse for the uninitiated. The packaging looks largely the same across the entire product line; Cognac-style bottles with subdued white labels are differentiated only by small, handwritten details near the shoulder noting age, proof and barrel number. The latter is arguably the most critical detail, though it’s also the most esoteric. Cryptic bottle notations like B57 and C1B have necessitated the circulation of a Google spreadsheet, created by and for collectors, to keep track of the whiskey held within. (Ironically, the Willett bottle that is most unique in appearance—Willett Pot Still—is the most loathed amongst avid collectors due to its lower proof and milder flavor profile.)

Like many Kentucky brands, the roots of Willett go back to the 19th century, but the story of what separates it from its peers begins in 1984, when Even Kulsveen purchased the company from his father-in-law, Thompson Willett. Renamed Kentucky Bourbon Distillers (KBD)—even though, at that time, they weren’t actually distilling anything—Kulsveen immediately began purchasing unwanted stock from nearby properties, which were glad to part with it as the public’s taste increasingly tilted toward clear spirits. When a renewed thirst for well-aged bourbon and rye arrived in the early aughts, KBD was well equipped to meet the demand, and their supply represented a cross section of some of the best whiskey produced in the heart of bourbon country.