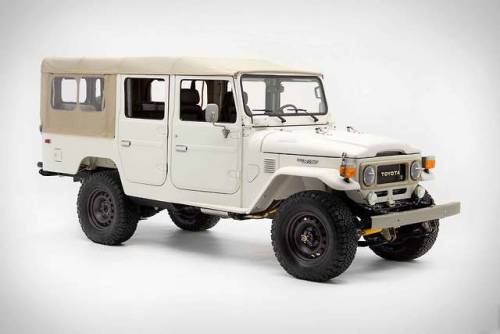 The long-wheelbase FJ45 “Troopy” was a two-door model made to carry military troops. The dimensions are perfect for a family — except for the lack of rear doors and the arrangement of back seats. When a client approached the FJ Company with the challenge of building an FJ45 into the ultimate family hauler, they jumped at the chance. Several months were spent getting the dimensions right, and the result is a Land Cruiser that Toyota never made but looks like it could have rolled off the factory line. Along with all the custom fabrication, FJ Company updated the engine and chassis with modern components, making it ride and drive like a modern vehicle.